What is Internet of things

Internet of things has been something we have been hearing over and again these days. For the majority of us who are not initiated into the things technological, it could appear to be a science fiction term. Let us get to know more about the concept called Internet of Things here in this article.

A word of caution here. I will be sticking to the basic things as far as the explanation of the concept is concerned. The technical concepts from within this idea may be a little far off ideas for a common reader.

What Is Internet Of Things? in detail 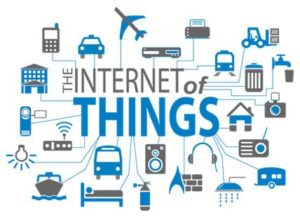 Work Wearable is a clear example of such a possibility. SmartCaps Technologies, which is an Australian company is involved in manufacture and supply of Smart Caps that help the truck drivers stay away from getting dozed while on the steering wheel.

In a practical sense, any device that has an On and Off switch can be connected to the internet. It has been estimated that by the year 2020, more than 25 billion devices are expected to be interconnected. Some estimates go to the extent of projecting the possible interconnections to over 100 billion. IoT or the Internet of Things will, in fact, be a huge network of connected â€œthingsâ€.

How does this affect you?

Well, it could be too early to make predictions. But, the technology has many implications and possibilities. The concept has a huge potential. Imagine you are heading to a meeting in your car. The car being part of the IoT will have access to your calendar.
It will guide you through the best route to reach the destination. You have a planned movie schedule for the weekend. Your smartphone will track the schedule through the calendar and direct the app to make reservations for the show (of course that will need further interconnections). Your alarm clock will wake you up at 6 am and direct the coffee maker to brew coffee for you by the time you freshen yourself up.

These are a few examples which are bound to be a reality soon. Though they appear to be scenes straight out of a sci-fi movie right now, the concept does have the potential. There are more such possibilities that go beyond those day to day activities. Consider the cases of collapsed bridges. Such incidents occur without any hints and result in a catastrophe of a huge magnitude. If we have the bridges built using smart cement, or any such sensor within the construction.

It will alert the cases of developed cracks to centralized servers well in advance so that the accidents of such great magnitude are prevented well in advance. Another interesting example would be the office equipment. Imagine your printer identifying when the cartridge level going down and reordering the same automatically.
Would it not save valuable time and man hours apart from avoiding the unneeded downtime if the supply runs out all of a sudden? Traffic can be smoother with the IoT implementation. With smart cars and smart signals talking to each other, it would be quite easier to handle the traffic woes by rerouting the drivers in a real time basis. This will help get rid of traffic congestions and mega blocks.

The possibilities and challenges ahead 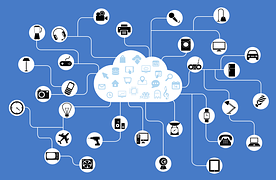 The possibilities are endless. It may not be easy to understand the concepts as they stand today. Internet of Things is something that will make the world an interconnected village. A few examples I mentioned above could be the good indication of the potential that the concept carries.

However, there are challenges as well. Privacy concerns are the most major issues that may affect the interconnected devices. With thousands od devices and components connected to each other, can we be assured of the security of data that is being shared across all of them? It could be possible that someone hacks into one of your devices and then through it get access to all your networks. The companies world over will have to device means to handle this possibility of handling the security threats effectively.

Another concern would be the huge data generated by these interconnected devices. With billions of devices connected to each other, the data generated would be quite huge and beyond imagination. Companies involved in the task will need to have an effective means of gathering, collecting and using the data of such magnitude.
However, the concept is indeed a good one when it comes to streamlining the major hurdles in the day to day life. With the intelligent things around us, it would be great fodder for the newer developments and further betterment of the society.

starting your own blog

The explanation and the details above will just form the nutshell information on Internet of Things. As I indicated in the article, the concept has a huge potential. In fact, I would go to the extent of stating that, of all the technology developments so far, Internet of Things has been the biggest one. The concept is bound to impact our life in a huge way. Yes, we may need to wait for long to see the actual impact of the technology on our lives. For now, we will strive to gain more knowledge on the concept. The technology can be very helpful in setting up smart cities and proper waste management.
What would you expect the Internet of Things is likely to change in our lives? Share your own ideas on how the concept can be used to improve the quality of life.

I hope you like the article on What is Internet of things ?

How Smart is Your Home? and all about nucleus Smart home

TRANSFER DATA BETWEEN DEVICES WITHOUT INTERNET