Can You Imagine? If the Â control options on your mobile’s, music players, microwave oven any type of gadgets can be controlled by you finger tips ( virtually). Now As expected Google is coming up with its Project, Google Project SoliÂ Technology.

Â Keep an End to your imagination! Â Because the Giant Google Has made it true with its Google Project Soli, which is believed to be a Revolution. It’s Just an interaction Sensor which uses RADAR technology that can track movements.This sensor can track the minute motions and that too with high accuracy and speed.The Chip ( N27516 ) is the Chip which we are discussing and also the Future of gesture’s technology.
Â 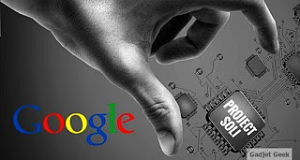 Now this mind blowing project is all set for it’s Journey. There is no official announcement on any release date for it. This project is really helping full Â for disable people and also for the virtual world fans of Gaming.
Â  Â  Â  Â  Â  Â  Â  Â  Â  Â  Here is the Demo of Google Project Soli Â team, which is the future of Google ( to be precise Our Future ).
Â
PS: Google’s footsteps to the virtual world are fast enough and it is making it live. Earlier in Last month Google’s I/O, they announced Â Project Camera 360, Google Cardboard, Google JUMP, Expeditions and know Google Soli. Google is working Real Hard to fight with their competitors.
Finally, it’s Goooooooogle all over !!!!!

How to Fix Err_Cache_Miss in Google Chrome ? 2019 {updated Methods}