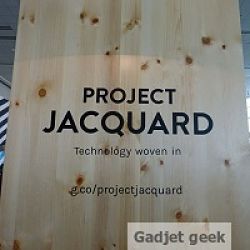 When Google Advance Technology And Projects (ATAP ) announced it’s two of the projects, one BeingÂ Project SoliÂ and Other is this Project Jacquard. When am Going through this Soli gained my Eyebrows rather than Jacquard. So I have gone through that but after that when I briefed more About Jacquard then I found out that it’s a piece of brilliance which I didn’t notice.
Now coming to this Project, it target’s the Fashion and Textile industry. Now Google aims this department and came forward with this Project. Google ATAP branch is dealing with some pretty good science at higher Level and stake. With this article, we will take a dive in this project and Lookout what Google Cooked For us. 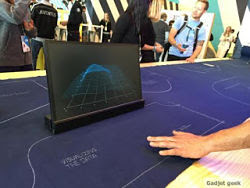 Now Software and Fashion are Â two different streams which are different and are like north & south but Google is trying to Make it in a Lane and remove that barrier. They use an old-fashioned Weaving type to weave their material and insert’s Chips into them. This will Make Cloth more interactive to gestures, but the question raises who need’s it. Assume when you are in midst of a Lunch and does anyone want to wipe their wet hands to their Cloth to attend a call ?. That doesn’t make sense Right!

Now with this project Google made a move into their textile industry to break down the barrier’s Â between software, Mobiles, tablet’s, Electronic equipment to the cloth’s we wear.Though they haven’t announced anything about the technical specifications but they only focused on the clothing and the way they make it.
Â  Â  Â  Â  Â  Â  Â  Â  Â  Â  Â  Â  Â  Â  Â Here’s the First Look of the Jacquard which they introduced to various heads in Textile industry.
PS:Â Google ATAP department is making it presence felt in every department and they are striving hard to do that by combining different aspect’s of science and finding a solution using old version methods. Google already announced it’s First Partner Levi’s & co. Looking Forward to making it to other Head’s of Textiles. 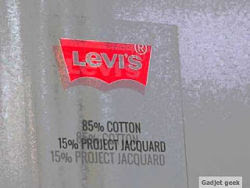