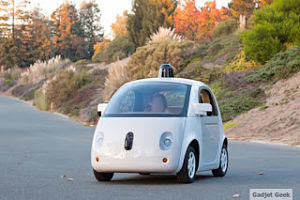 In the Recent times, the lifespan of the human being is decreasing day by day due to many reasons like pollution, natural disasters, diseases and many other man-made reasons. Due to an increase of use of Technology and Modernization leads us to the better standard living and also leads us to the other side of the coin where we over depend on this technology and misusing of this tech.Now the much talked Google Self Driving Cars has been in news in recent times for many other reasons, apart from these reasons we will analyze this Crazy project and go in detail in this Self-Driving Cars and view in detail that does we need this car?

Average life span of Human Being is 60 years and this keep on reducing day by day due to new diseases and many other reasons. Researches are going on to tackle this problem and find solutions to this prevailing problems. Apart from this Man made faults and recklessness have lead to nowhere.
Many of the developers and new brains have been developing a vision and Â this product of self-driving cars whereby which they will be able to decrease the number of accidents by increasing the use of robotic technology and use of sensors.

Google had been lurking between the innovation in different fields of study and it has stepped up in this Self-Driving Car. They have developed this car’s and also they have been developing and they have tested this project on Road’s and Â as stated in this yearÂ Google’s I/OÂ and they have been tested this on Roads and the result has shown that only 14 minor incidents have been noticed and in that problem is from Human side.
This Google Self Driving car’s has been a boon to the physically disabled ones and impaired ones those who are suffering from many complications.Death from Car accidents over the World have been 1.2 million over a year and in this will be reduced by 94% as it involved by Human Error.
These Sensor’s have been most powerful one and detect objects as far as distance from two football fields arena. They have been tested in a Real world and you can visualize their experience. Many of them have been positive over these and as nothing can be taken 100% Â  right and some of them argue that Â this will Â lead where the over dependency on machinery.
Some of the reasons why some of them arguing that these are not necessary at the present environment.

Google Self driving cars Â has been working on these part and making they more user-friendly and cost efficient and also to be a perfect and to reduce accidents.