VPN Services are an excellent way to protect your online credentials and your online activity. Here I Â goÂ with betternet vpn reviewÂ However, most of the VPN services are not free. They may provide you trial offers for a limited period. For those users who are concerned with their budget, a free VPN service can be a real boon. Betternet VPN is one such VPN service that offers its features for free.
Well, please note that the tool may not be a good choice for the users who have a better experience with the VPN services. The tool is best suited for those who want the VPN service for occasional instances. Â Of course, the service offers the paid regular service as well at par with the competing VPN services. We will find more details about the Betternet VPN services.

What is Betternet VPN?

Betternent VPN has been one of top VPN service providers with over 38 million users globally. The best part of the Betternet VPN is it offers a free service model quite different from the other similar services.

Betternet is one of the top choices for the users who opt for simplicity in the usage of the service. It offers an excellent speed of performance. However, if you opt for the free option, you will be forced with the ads.

WhyÂ betternet vpn review because of My Favorite Reader

How does Betternet VPNÂ work?

Betternet works with a one-click functionality. As soon as you install the application, all the traffic will be routed through the encrypted tunnel.

Betternet VPN ensures the best in class data protection services. It helps you against any hacking or snooping attempts on your privacy. It can also bypass the geological restrictions on some of the services like BBC iPlayer and Netflix among others. You are completely protected against the banking scams by safeguarding your online banking accounts against the hacking attempts.

Special Features of the Betternet VPN 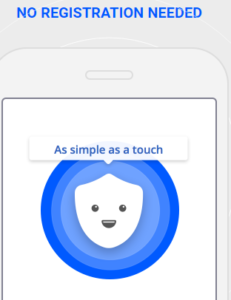 One of the reasons that Betternet VPN has been popular is because of the free service it provides. However, most of the extra features explained here apply to the premium version of the VPN service.

Betternet VPN is basically a free VPN service. The service offers a permanent free service that will not need you pay any money. Web site emphasizes the open nature of their product, but there is no mention of any Premium plans.

Some users and their accounts of explanation of the usage statistics reveal that there are premium plans being offered. However, since the official website does not offer any information on the pricing of any such premium plans, we may not be able to make any sound claims on any such plans.

Betternet is a free VPN service, and you may be skeptical about the customer support. Let us check how it fares in that regard.

A 24 x 7 service is a must for such technology products. You should be able to get your queries answered round the clock. The website does make any mention of any such service. We assume that Betternet does not have a 24 x 7 service. There is no live chat support either. Live chat support ensures that you get instant solutions to your issues.

Betternet VPN uses OpenVPN with AES 256bit & IPSec with AES-CBC 128bit encryption protocols. Your online activities and data are secure with these protocols.

DNS leak tests conducted by different testing centers have shown that there are no DNS leaks of any sort. However, the service collects some of your personal information. It claims that the data so collected is only used for service delivery.

VPNs are supposed to encrypt your traffic, but sometimes ineffective VPNs can accidentally disclose your deviceâ€™s DNS queries.Â  ExpressVPN is the industrial leader in leak protection and our tool is the best around.You can find details of including your IP address and ISPÂ â€”Â the same information that can be read by the people who run your DNS servers!Â  Try it out for yourself and if you like it, help us popularize it with a link or share!

Being a free service, Betternet VPN comes with frequent ads to remain a profitable proposition. It may also share your information with its third party associates to provide relevant ads. This would mean your personal data can also be used partners and third party ad providers of Betternet.

Betternet VPN is indeed one of the latest entrants in the Virtual Private Network arena. It performs the way it claims to, but still, it does leave a lot to be desired. However, there are huge scopes for improvement. The major concern is the number of servers that the service has on offer. It needs to offer more choice in choosing a server. There are some issues with respect to the privacy. Privacy policy needs to be improved.

As for other features, Betternet VPN offers services at par with the competing services. If you are someone who is budget concerned and do not mind compromising privacy to some extent, Betternet can be a good choice.

I hope you like the Article onÂ betternet vpn reviewÂ

I hope More review you would like to read 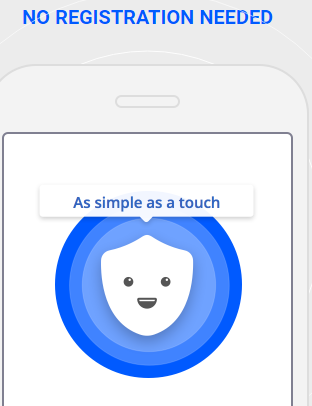