Android is the most popular operating system for smartphones. Every one of us has used an Android device and have been using one right now. However, what is a smartphone without apps and games? Google Play Store is where you can get all your apps and games from. However, there may be cases wherein you may not be able to use Google Play Store. For those, there are several alternative app stores for Android. Amazon Underground App ApkÂ is such an app that promises you more than offering Android apps and games. 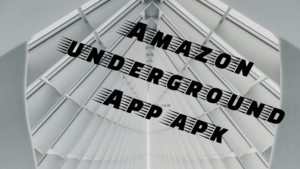 What is Amazon Underground? 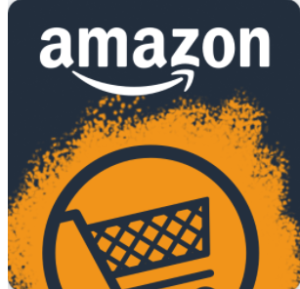 This multiple compatibility is what makes it the choice of the billions. Google Play Store can have compatibility issues with older Android versions. If you own any such older device, Amazon Underground app can be your perfect choice.

Not only that, Amazon Underground app comes with another advantage. It offers you paid Android apps absolutely free. Amazon launched the application back in 2015. It had promised back then that it will help you save hundreds of thousands of dollars.

How To Install Amazon Underground apk?

Amazon Underground is not available on Google Play Store. The reason can be obvious. You would need to download the APK file and then install it on your phone.Â  Here are the steps you can follow to install Amazon Underground app on your Android device.

If you have not installed an app from third party sources before, you may need to enable the setting for installing apps from unknown sources. This, you can do following the tips here below â€“

Once the app is installed, the Amazon Underground App will function just like all other Android apps on your device.

The Amazon Underground app is free to download and use. You should try it to experience the features and the benefits that the App Store comes with.

That is what we have about Amazon Underground App and its benefits. However, we have a sad news for you.

Yes, Amazon has decided to pull the plugs on the Actually Free feature of Amazon Underground. A blog post from Amazon recently has indicated that the Actually Free program has been shuttered. However, it has been planned in a phased manner. But, strangely enough â€“ Amazon has given any solid reasons for stopping the service.

However, you need not worry. The services will not stop right at the moment.Â  The new submissions to the program have been stopped from May 31, 2018. The access to the Actually Free program will be ended in Summer 2018. Fire Tablet users will be able to use the app and the Actually Free service till 2019. If you have downloaded the app before and used it to download the paid apps for free, you will be able to receive the updates till the program is discontinued in 2019.

If you have used the app in the past and downloaded any paid apps for your Android devices, you need not worry about the legality of your downloaded apps. Your access to the free apps will continue as before. However, Amazon has not come up with an explanation on whether the apps can continue to work with any new device with the same Google or Amazon account. Â That would be something you may need pay attention to if you have apps installed through the Actually Free program, and planning to upgrade your phone.

Amazon had promised a long-term support back in 2015 when it launched the Amazon Underground Actually Free Program. There are no clear reasons indicated for backing off from this promise. However, you still have four more years to go and we hope that you will be able to reap the benefits. Just try it out and share your views with us.Â  If you have used the app before, we would welcome your opinions and views about the app through the comments here below.

and More important information you may love to know

If you have any google verification issue on your samsung phone then you can make use of Samsung by pass google verify application to fix it.

league of legends not launching 2019