Redmi 4 prime vs Redmi 3s prime there come Brief Introduction about it-Xiaomi has recently launched Red Mi 4 series of smartphones. The Xiaomi Redmi 4 is stated to be the successor to RedMi 3S Prime. So, how do they fare against each other? Let us take a look at how do they differ from each other.

Well, they do look similar to one another. However, there are subtle differences. RedMi 3S Prime has a flat screen, while the new Red Mi 4 comes with a 2.5 D curved glass display. Remaining design elements across both the devices remains same.

RedMi 4 is a little heavier than the 3S Prime at 156 grams compared to the 144 grams weight of the latter. The color options remain similar across both the devices â€“ Gold, Grey, and Silver.

Both RedMi 4 and RedMi 3S provide you 5 inch HD display. There is not much of a difference between the devices as long as display technology is concerned. However, RedMi 4 has a variant that offers a full HD resolution.

The Xiaomi RedMi 3S Prime and Xiaomi 4 share the same spec sheet on the processor. Both of them are influenced by Qualcommâ€™s Snapdragon 430 octa-core processor. The clock speed of the processor reads 1.4 GHz. The second variant of RedMi 4 is implemented with a Snapdragon 625 processor.

One of the variants of RedMi 4 has Adreno 505 GPU, while the rare variant handles the graphics with Adreno 506 GPU. The two versions have 2 and 3 GB RAM respectively. The internal storage capacity of the two options is 16 and 32 GB respectively. Both the variants have expandable memory storage of 128 GB.

The Xiaomi RedMi 3S Prime comes with 32 GB internal storage and 2 GB of RAM. You can expand the storage capacity further using a microSD card.

The camera module on RedMi 4 and RedMi 3S Prime differ slightly. The smartphones have a 13 MP rear camera. The phones have Phase Detection Auto Focus technology and LED flash. 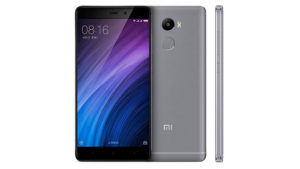 The devices run on the same software and do not differ much. Both RedMi 4 and RedMi 3S Prime run on Android Marshmallow 6.0.1. The phone has customization by MiUI 8.0. We would expect the RedMi 4 to be upgradeable to Android Nougat 7.0.

Once again, the features remain similar to both the successor and the predecessor. The battery capacity of both the models is an impressive 4100 mAh. Xiaomi has always been a great performer on the battery backup. However, we would not expect any change in the battery performance across RedMi 4 and RedMI 3S Prime.

Well, it could be quite early to comment on the pricing differences as of now. The RedMI 4 series is yet to be launched in India and other markets. The RedMi 3S is priced at Rs. 6999 and is widely available in India.

RedMi 4 and RedMi 4S Prime have not yet been launched in India. There is no word from the manufacturer about the exact time frame for the launch of the device in India. The RedMi 4 and RedMi 4 Prime have been launched in China as of now and priced at RMB 699 and RMB 899 ( That would translate into roughly Rs. 7000 and Rs. 8000). We would expect the pricing to exactly on those lines. As long as the features and specifications are concerned, there are not many differences between the predecessor and successor. As such, we would not expect any huge difference in the pricing between the two models.

More you want to read

The new Xiaomi RedMi 4 and RedMi 4S Prime do not come with significant upgrades â€“ be it regarding design language or features â€“ when compared to the RedMi 3S counterparts. There are only a few little changes, and as such, we do not see any reason to upgrade from a 3S or 3S Prime. Well, if you are buying a new phone, we would advise you to wait till the RedMi 4S or 4S Prime is launched in India. However, if you already own a 3S or 3S Prime â€“ we would not advise you to upgrade to the successor. That, however, does not mean that we are underrating the Xiaomi RedMi phones. We would just want to point it out that you will not be upgrading your phone in the real sense of the word.