Is the iPhone 8 waterproof?

We are waiting for the new iPhone in the making. And as we are already aware, the new iteration of the Apple device is expected to come with unique features. And yes, the smartphone is entering its tenth year of the anniversary this year. Rumour mills have been suggesting a lot of high-end improvements on its iPhone 8. One of the expected new features on the upcoming iPhone 8 would be waterproof functionality. Let find outÂ Is the iPhone 8 waterproof? 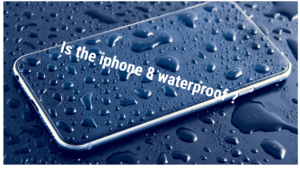 When will iPhone 8 be released?

More Detail you can Find

When Does iPhone 8 come out

The new iPhone 8 will be available soon. If we follow the regular schedule of Apple smartphone launches, we can expect Apple to make the huge announcement in just a couple of months.

Going by the current leaks and rumors doing the rounds, we would expect a window of October to November 2017. The most sought after phone will is likely to come up with a huge overhaul in terms of design, looks, and features.

Given the fact that there is likely to be AMOLED display on the upcoming iPhone 8 smartphone, we would not expect the launch sooner than September. We may see the launch of iPhone 7S by September, but the much awaited iPhone 8 may not see the light of the day before October.

Waterproof iPhone 8 â€“Will it be a reality?

The iPhone 7 and 7 Plus have IP67 waterproofing standards. This would make them stay safe under one-meter deep water for 30 minutes. That would be an indication of the fact that iPhone 8 will not be the first Apple device to feature waterproofing options.

However, this being the tenth anniversary of the iPhone â€“ there are huge and drastic changes that have been planned. Reports speak of several huge makeovers. One of them doing the rounds indicates that the waterproofing properties would be improved as well.

Yes, you heard it right. Apple is planning an upgrade to the waterproofing features of the new iPhone. If you are not aware what does this signifyÂ  – a device with IP68 rating can stay in 1.5 meter deep water for 30 minutes. So far, the honor of having the IP68 rating has been bestowed only on Samsung Galaxy S7. Apple will definitely leave no stone unturned to work its way to compete with its arch rival.

Any other features of IPhone8?

Well, the iPhone 8 is said to be heading to a complete overhaul. The screen size is likely up upped to 5.8 inches. The IPS display is giving way to the improved AMOLED display.

The AMOLED screens for the new Apple device are believed to be sourced from Samsung. We would like to remind our readers that Samsung is a world leader in AMOLED screens. We can expect the improved performance of Apple flagship in terms of improved contrast and video quality.

In terms of software, you can expect the latest iOS 11. There have been a lot of new features introduced in the latest iteration of the Apple operating system. Improved iMessage service and Apple Pay functionalities have been a couple of the most talked about changes. The App Store has also been completely redone.

The Apple iPhone 8 will definitely be a device we would look forward to. Being one of the most anticipated smartphones launches every year, the new iteration of the service is expected to come with some extra ordinary features this time around. More so, because of the tenth anniversary of one of the most popular smartphones around the globe.

We would definitely appreciate the improved waterproofing properties and changes in the charging functionality and consider them to be one of the sought after features going forward.

I hope you like the information onÂ Is the iPhone 8 waterproof?Â

More Such Article you may like and information about iPhone 8

How to uninstall App in iPhone

iPhone 8 specifications and price 2019 with Review