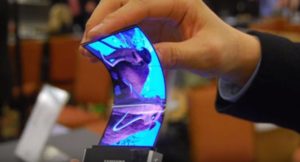 The year 2017 has been anticipated to be quite promising from the purview of technological innovations. The smartphones, especially, are going for a major advancement in the year ahead. There is VR, there are the new flagships from Apple and Samsung, and iPhones shifting to AMOLED screens.Let look at one of the top Samsung smartphones Here I gone write aboutÂ Samsung Galaxy X Specifications in advance detail

. What we are looking forward to is the long awaited Foldable smartphone, a concept brought forward by none other than Samsung. Labeled Galaxy X, the new innovative design from Samsung is likely to unfold soon. Let us go through the leaks and rumors on this device which may, in all its probability, shake the smartphone world.

Well, it is just the beginning. Samsung has been reportedly into researching and building prototypes of the new foldable device. We will explore the possibilities of what this device will look like.

The device is believed to have a foldable Super AMOLED display. The smartphone will be designed as a smartphone but can be folded to make it smaller. Rumour mills have been suggesting that it may come with a clam shell shaped flappable look.

The resolution can be a minimum 1080p. Samsung has showcased the prototype foldable displays at that resolution, and as such we can expect the same quality. The build is expected to be in line with the current portfolio of Samsung devices, especially Galaxy S7 and the upcoming Galaxy S8. We can look forward to a metal frame design by all what it looks so far.

We can also expect the water resistance properties as well. There has been no evidence to prove this, but there is a possibility.

The Hardware of Samsung Galaxy X

There are no words on the processor being used in the Galaxy X. It will all depend on when the device is likely to be available. Snapdragon 830 and Exynos 8995 are the possible candidates if the device is launched in the later part of the year. If it is launched before that, it may use any of the existing top lenders.

As for RAM, we would look forward to at least 4 GB of it. However, given the recent launches having a 6 GB RAM capability, even that cannot be ruled out. The battery can be a compromise. With a compact form factor planned for the new Galaxy X, the size of the battery will be reduced. It can be thinner, and a thinner battery will always mean lesser capacity. Maybe, we can expect at least a 3000 mAh capacity.

The Camera of Galaxy X

It could be too early to make predictions on that one. More so, because we are not aware of the processor that may be powering the device. The camera, in most cases, depends solely on the processor used.

However, we should also note that Samsung has already surpassed Apple to be coronated as the best smartphone camera performer. Given that fact, Samsung may not want to spoil that image. We would think that the Galaxy X will come with at least a 12Â  MP camera interface. It will have all the gizmos included in the camera set up on the Galaxy S7 including Optical Image Stabilisation and HDR capabilities.

The new Galaxy S8 has been touted to come with a dual camera set up. Being a new age smartphone and a flagship in its right, we would think it to have the same camera set up as Galaxy S8. Samsung is known to be using the similar spec sheetsâ€“ at least the essential ones – across devices and from that perspective we would think there would not be much of a difference between Galaxy S8 and Galaxy X.

Well, this is an area where nothing concrete has been divulged as yet. Samsung has long been rumored to be on a planned schedule to launch the foldable flagship in 2017. Latest leaks have suggested that the company is working on the path to achieving the same.

The prototypes are likely to be released during the third quarter of the year 2017. Samsung has plans to test the device internally before going for the commercial launch. If the prototypes meet the requirements and expectations, commercial production will commence right after.

There are several Marketing tools and profit issues still needing resolution. Initial prototype production is believed to be limited to under 100,000 devices.

After tasting success with its Edge display, Samsung is on the right track with its dream project. There have been rumors leaking about the new technology and the innovative design from Samsung; we may need to wait till the fourth quarter of the year to find a real foldable smartphone from Samsung â€“ the Samsung Galaxy X. That is if all the issues are sorted out, and the prototypes just work out to be at the same level that the company and the users have been looking forward to.

iPhone 8 specifications and price 2019 with Review