â€œBitcoin is here to stayâ€ Â you might have heard this from the leaders of some of the top companies around the world. And the ones who said that Bitcoin or any other cryptocurrency would not last for long are taking back their words.Â Â The reactions are owing to the rapid increase in the number of bitcoin users and also the bitcoin share value.

The way we look at digital currency is now changing, and it is just getting better and better since the inception of cryptocurrency. The transactions taking place between parties from different parts of the world are now not relied on their respective currency of the country.

But with significant benefits that Bitcoins come with there are a few limitations as well like not all countries are in support of Bitcoin Trading but whereas nations like Canada, Australia, Germany, and Holland have given a green signal to the use of Bitcoin. Whereas in India, Reserve Bank of India(RBI) has banned all the cryptocurrencies and is coming up with its digital currency.

So what exactly is a Bitcoin?

Bitcoin is a digital currency which works without any intermediary in short Bitcoin is a decentralized currency with no involvement of central banks.Â Bitcoin is a peer to peer transaction wherein the payment is made directly to the party without going through a financial institution.

Bitcoin was invented by an anonymous group or a person with the name Satoshi Nakamoto in 2009. Bitcoin is the first in the line-up of cryptocurrencies; nodes verify these transactions with the help of cryptography and then recorded in a Blockchain.

For those looking to setup a bitcoin exchange, I have a found a cryptocurrency exchange script which will help you in setting up a bitcoin exchange in a jiffy.Â Currently there are 16,522,800 Bitcoins worth of 133,054,803,840 US Dollars.Â So if you are planning in the setup of a bitcoin exchange, here are a few things that you need to consider.Â A lot of your exchange service will depend on the location from where you start the exchange business and what kind of people are living in the community. Knowing about the location makes it easier for you when you are researching about the norms about the region.

It gets even much easier when you reach out to the public and ask them on what kind of exchange they want to see.Â I mentioned earlier about the certain legalities where every country has a different set of rules. 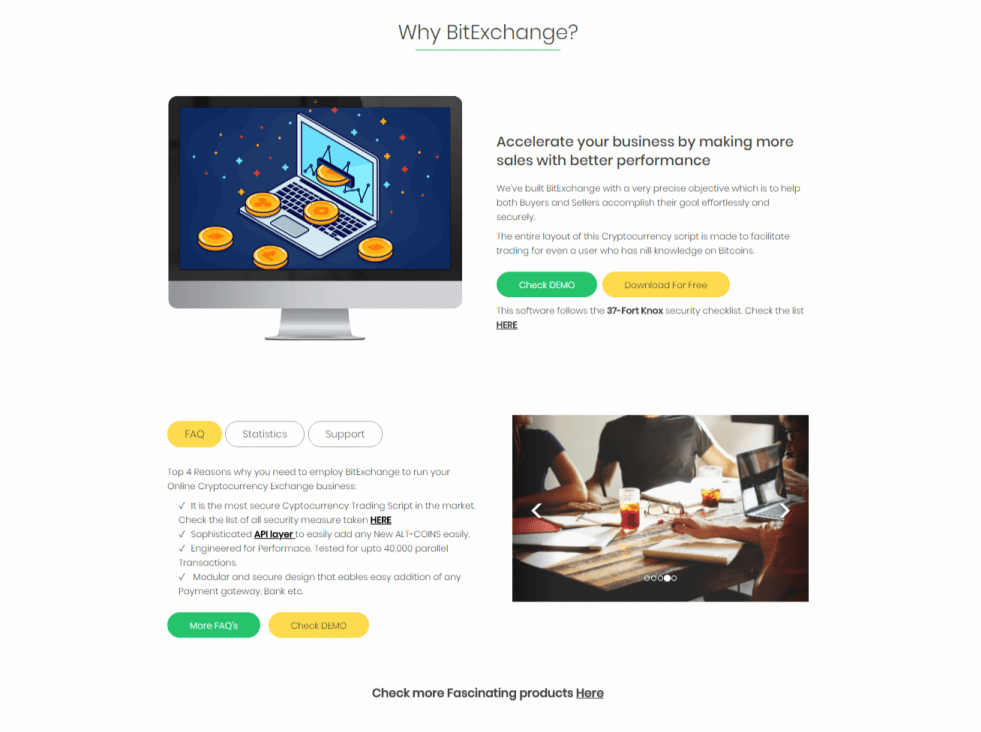 BitExchange.systems powers some excellent features and to list out a few here are some.Â Atomic Swaps, Swaps is a new and exciting feature from BitExchange that allows swapping one cryptocurrency to another.

There are two kinds of atomic swaps:

HTLC helps in tracking whether the conditions mentioned in the contract are in force if not then everything gets back to where it was.

Security, BitExchange.systems seem to nail it when comes to security and what it calls â€œ37-Fort Knoxâ€ kind of protection. It does not take the safety of your exchange business lightly.Â When it comes to the Technology front, BitExchange makes sure that after each logout the session is eliminated. And in the Exchange Front, it adds multiple layers of signature whenever a transaction takes place.

Benefits Of The Technology In Business Management must read article

What is blockchain technology in banking ? 2019 Explanation